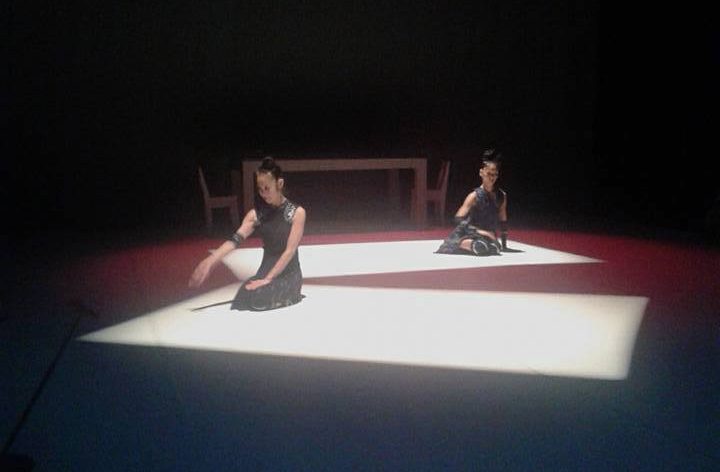 WO
a COMMEDIA FUTURA production
featuring Minako Seki and Yuniko Yoshioka
directed by Wolfgang A. Piontek

TWO is the story of two japanese butoh dancers who chanced to meet in Berlin in 1987 and soon would start the first German-Japanese Butoh company “Tatoeba – Théâtre Danse Grotesque”. In the middle of the 90s the group fell apart and the artists went their ways separately.
After more than 20 years Wolfgang A. Piontek brought them together again. He initiated and directed a project aiming on evoking very private memories, as well as a reflection on the encounter of two cultures, the Japanese and the European.
And TWO is – maybe even more important in a society that only worships the youth – a piece about two dancers of advanced age (56 and 64 years old). Two women who are still dancing and who have due to their long experience something different to say and maybe a lot more to tell than the young ones. Because after all dance is not about speed and crazy distortions but about emotional depth and intensity. It is about human existence, spirituality and experience. Piontek is especially interested in the wisdom of the body and how experiences have shaped it and find their expression by the body.
Eventually TWO is no story at all but a piece of dance theatre creating strong images representing a whole life, partly grotesque, framed by impressive videos which add an extra dimension to what is happening on stage.