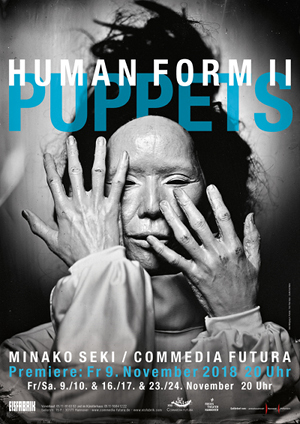 What is real, where does the illusion begin? And where is the limit, is there a limit?

In Japanese, doll is called Ningy, written with the characters 人 for human and 形 for form or shape. So a doll is a being of human form from whom we can learn a lot about ourselves. In the second piece in the HUMAN FORM series, Minako Seki enters the web of projections, reflections and exchanges and continues her playful investigations in the border areas of humanity.

HUMAN FORM II was created as part of a residency in October 2018 at EISFARIK and was last seen at the International IF Festival in Barcelona. 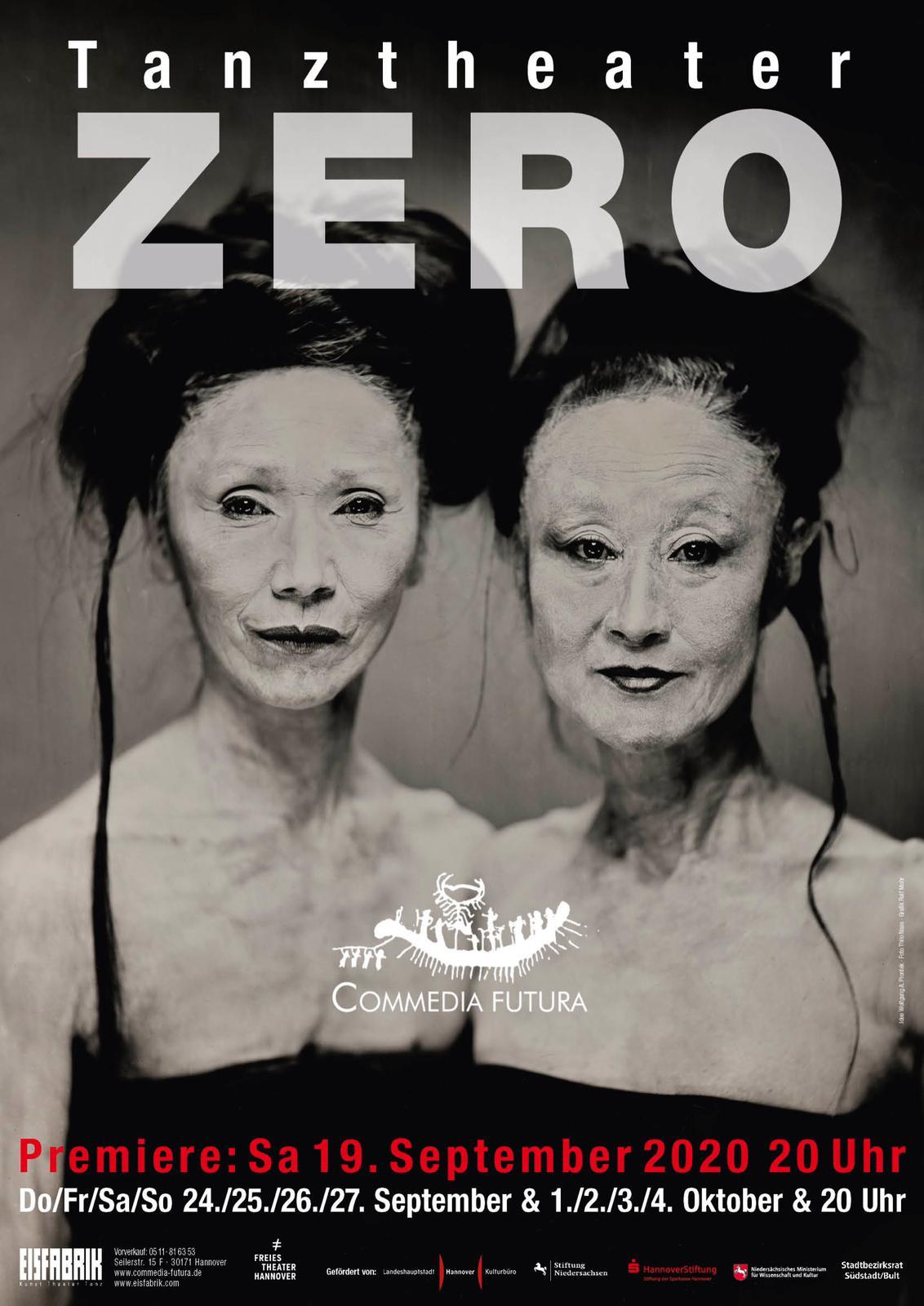 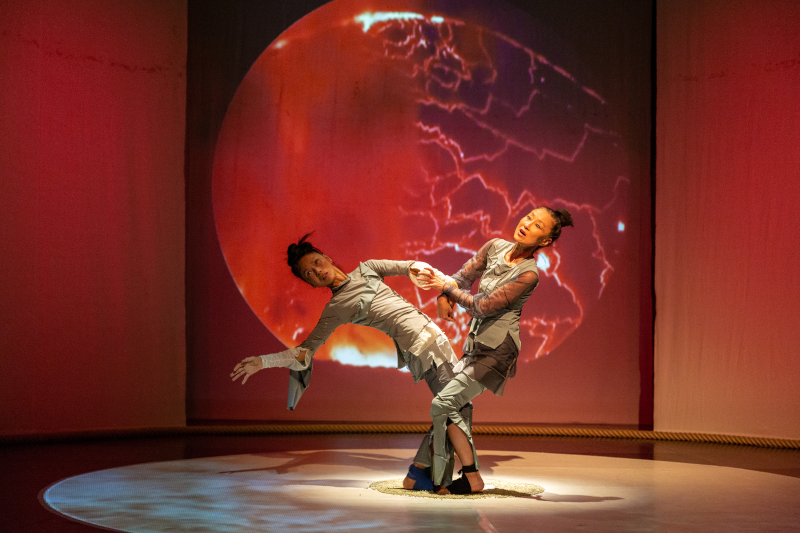 At the still point of the turning world … there the dance is, says T.S Eliot.

ZERO, crisis, turning point. We don’t start with answers, but with questions – and, as it is often the case, we end up in the midst of the upheavals of the present. ZERO is a journey to shutdown – a journey to personal zero points and crises, as well as to the great threats of our time, which can be the end, but also a new beginning.

Commedia Futura had the first idea for this new project with Minako Seki and Yumiko Yoshioka, a year before the corona crisis. So it was not this virus that formed the main plot of our work, but the atomic bombs on Hiroshima and Nagasaki. After all, the two dancers are Japanese. The atomic bombs have literally burned out the Japanese collective soul and shaped their childhood, as the shadows of World War II hovered over the childhood of those born in Germany in the 1950s.

But that is only one pole of this work. ZERO in the sense of Japanese Ku stands for the idea of ​​nothing, of emptiness as possibility and potency. Our piece oscillates between these poles and develops in a circle, like the dance of life cycle.

With ZERO, COMMEDIA FUTURA is continuing its artistic collaboration with the dancers and choreographers Minako Seki and Yumiko Yoshioka, which began in 2017 with the successful production TWO, which caused sold-out performances in the EISFABRIK Hannover and Dock 11 in Berlin and among others at the TANZtheater INTERNATIONAL festival in Hanover and tanztausch Cologne. 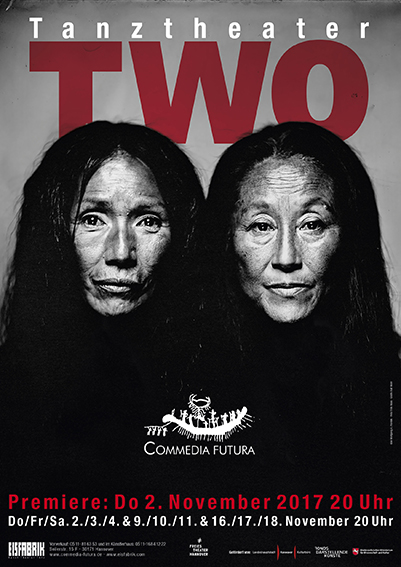 In 1987 both dancers came together in Berlin and joined the German dancer delta RA’i to create the first German-Japanese Butoh company called “Tatoeba – Théâtre Danse Grotesque”.

In the Tatoeba group they merged the styles of Dance-Love-Mashine and Ariadone, with the influences of the German contemporary dance and the impulse of the creative and wild culture of Berlin. In this way, the Butoh technique was further developed in an intensive exchange with the contemporary expressive forms but without loosing its original intention.

In 1996 the group dissolved to continue their own trajectories. Yumiko Yoshioka and Minako Seki developed their very individual performance aesthetics, which can be identified with the neo and post-butoh practice.

In this year 2017 Yumiko and Minako come together again, to create a new piece. This revival responds to the initiative of the theatre director of the Eis Fabrik Theater in Hannover, Wolfgang Piontek, who wanted to connect the two dancers again. He wants to bring them again into a conversation and contrast their developments of so many years of butoh dance practice.

In their creative research, they worked on ideas like body memory, transformation or aging.

Furthermore, they wanted to analyse their personal relationship, their attachment to their cultural origin and the experience as long career dancers.

On this process, they re-enact old pieces, that they were playing 20 years ago within Tatobea group such as “June hitoe”, “All Moonshine” or “T for Three”. 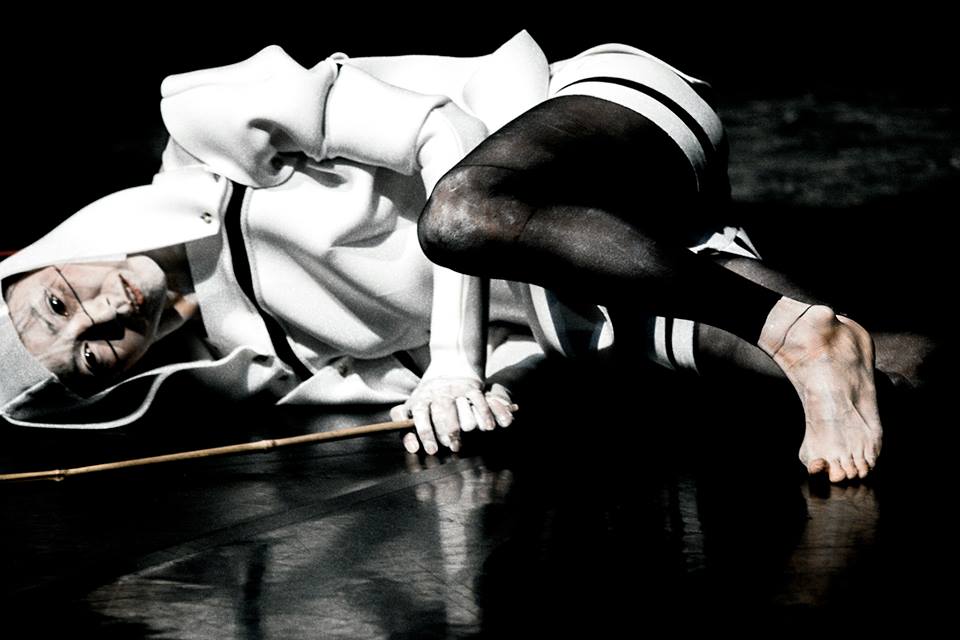 Who is in control of the puppet-body?

Would a disembodied human form be just another piece of useless object?

Or does it actually hold a deeper meaning for us?

In this work, I want to blur the boundaries between human and artificial bodies.

The human body, that becomes no more than a mere puppet, is stripped in just its form in the aim to reach the liminal space between the physicality and the artificiality.

To create this work, I draw inspirations from puppets and robots, and borrow elements from animation art, Japanese gardens and architecture.

Human Form is conceived as a series of 5 investigations that examine objects or entities, which can assume human form. The investigation starts off with the human body and extends to puppets, robots, corpses and incorporeal spirits or ghosts.

This piece has 2 versions : 1) as a Site-specific performance, or 2) on stage.

or duet with Cello Willem Schulz

The human kind fights between two poles:
The instinct to survive and the ability to achieve a peaceful state of being.
Minako Seki’s “Owl” is dedicated to life-determining issues: fear, hope, love, illness and death.

The origin of the piece is a hommage to her early deceased brother, and to her sister who endured a long time fatal disease. Drawing on this experiences Minako Seki (choreography & dance) develops together with Willem Schulz (cello-performance) an equally humorous as profound dance investigation of the vast landscape between life and death, heaven and earth.

The metaphorical imagery of the piece was inspired by an encounter in an abandoned village:

Five young owls, short after they hatched, are crouching on the ground, one on top of the other. They have small, naked bodies, and enormous heads with big dusty eyes, the color of their skin bright pink. The one on the very top instinctively screams in a horrible raspy and piercing tone to be fed: The power of survival and the extreme vulnerability of existence manifest themselves at the same time.

This piece is a walk on the sharp edge between the extremes of life and human condition.
The journey takes us to an insight of existence, which shimmers between consciousness
and the unconscious.

This piece has a 2 versions: 1) as a dance solo Site Specific Performance, or 2) on stage as a duet with the cellist/performer Willem Schulz.