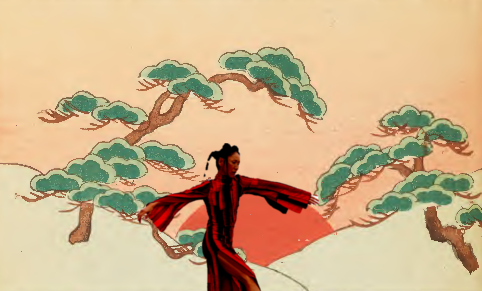 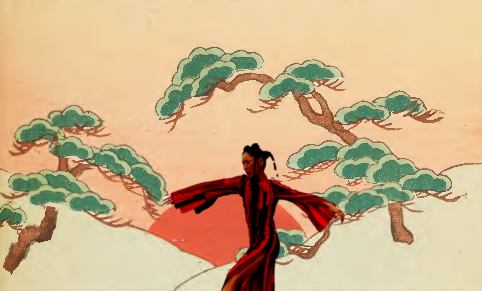 Creative Dojo provides a space to unfold your potential, develop your creativity and connect with your natural being.

Minako Seki has been leading holistic workshops internationally for the last 20 years. Her artistic approach cannot be separated from her personal philosophy of life.

Creative Dojo holds a holistic vision to nourish all aspects of our humanity.

Nourishing all aspects of life is how we can grow and find more joy. Body, mind and spirit have to be taken care of. Dance is about living more fully. Becoming aware of what is blocking our growth is necessary to develop consciousness and reach higher states of being.

Meditation
Learn to be in the “Here and Now”, to meet yourself, meet your breath and your life

Healing
Give time & tools to support self-healing and de-toxification

This method is deeply developed during her residential retreats, as a powerful tool for performance creation. Soon, Minako will also promote a brand new type of Holistic Retreat, focused on healing and detox.

The Next Holistic Retreat will be in Mallorca, in may 2020. For more information, contact us at mail@minakoseki.com.

In her intensive workshops, Minako takes the participants to a deep journey into the Seki Method.

It departs from the imagination and its many possibilities. It connects you with your creative impulse and artistic expression.

Please read below the basis of her choreographic work:

CHOREOGRAPHICAL BASIS OF THE SEKI METHOD

A basis of my choreography is, that the dancers are being moved:

It is fascinating to watch a piece of cloth which hangs on a twig off a tree and is passively moved by the wind.
When taking sufficient time to watch the cloth moved by the wind, the perception changes. Isn’t possibly the wind moved by the cloth? That means, that the human being starts to develop own ideas. It could thus also be, that people are not moving themselves, but being moved. Similar to the cloth, I am moved, pushed and pulled by…

In Japan there are many ghosts, by far not all of them evil. The ghosts are everywhere. They are full of life energy and in movement like the wind. Observing these ghosts from far, looking at the space that’s around them, you sense them becoming one with the landscape. When their surrounding is in stillness like on a late afternoon at the sea shore, when water and wind want to go to sleep, the ghosts are also getting tired and still. But if, by comparison, you focus your vision on a ghost that is sitting in a tree and moving the leaves, it is suddenly full of energy and life, while it seemed so tired in the context of the landscape. The ghosts are thus changing according to the observer’s perspective and point of view. They are penetrating the micro- and macro-cosmos.

On the physical existence on stage:

On stage I let myself be moved by the ghosts through imagination. My source of energy is a little sun, that is situated in the Tan-Den, the centre of my body. Through this little sun there is a thin thread, that on one end passes up through the crown of my skull all the way to the cosmos and on the other end is pulled straight to the centre of the earth.

This line of gravity is the basis of my body position. Through gravity everything falls towards the centre of the earth. That is a law of nature. Therefore every step is a falling, too, that means: I am not standing on the earth, but I am suspended from it. We all are suspended from the earth.
On the other end in cosmos there is a big ghost holding the thread that I am suspended from. The ghost can change its size and position according to my imagination. I am then moved by the ghost’s changes in size and movement.

On logic and irrationality of my choreography:

My choreography is both logic and irrational at the same time, which means that all feelings have a physical form. This form is also a very important basis of my work, because every physical position is the transmitter of certain feelings:
What is the body’s pace?
Is the feeling hot or cold?
What colour is it of?
Is it smoky or transparent like glass?

Which feelings have which background? The background means landscape. You will find the answers to all these questions in your everyday life and that is logic.

Everybody has associations, everybody daily sees a lot of images in front of their inner eye unconsciously. Only that many people do not notice how the images develop in their right half of the brain, how they move by and disappear again like the sea in low tide.
I am transferring these irrational images, associations and imaginations of the right half of the brain into movement by taking them to the logically convincing physical forms of everyday life and connecting both. This is how my choreography arises.
The choreography that I show on stage, does of course have an audience.
Everybody in the audience has their own world of associations, and I offer various possibilities to reach everybody in their own imagery. I don’t explain through my physical forms of everyday life, but lead the audience into a labyrinth of associations.
The movement of the body is very abstract. Therefore it is essential to name the sensations of the body. The body is, e.g.:
a sack of water, in which bones float;
a whip;
a firestorm in a tube;
a sail in the wind;
larvae of midges;
a digital watch, and so on.

The technique of movement:

The body has points:
The body has innumerable little points. From each of these points you can be torn, pushed, blown or shoved.

The body is a line:
In the body there are innumerable lines, but the dancer first has to know the basis, the crossing between the horizon and the line, that is dividing the body vertically in the middle.

The body is a wave:
The dancer on principle has to know, where he is. He has to know, that he is here and not there. He has to be present.
If you take a piece of cloth, that is suspended from two ends, and you bump it at a certain point, it will come back to its original position and the whole cloth will react in a wavelike movement, when you let go again and let it hang freely. The human body reacts in the very same way.
The body is a figure eight.

The body is a circle.
When you throw a ball high up in the air in a bowshape, it will stay totally immobile for a short moment on the highest point. This very dynamic happens to the body in the figure eight and in the circle.

When you want to throw a ball very far or shoot an arrow, you first move your body in the direction that is opposite to your goal.

In all your movements you have to sense a resistance between your heel and the floor.

The dance-language of Minako Seki

My basic setting of dancing is to be hanging instead of standing. Metaphorically I’m hanging on a thread, which on one side is connected with the centre of the earth and on the other side with the universe. We are all hanging with our heads downunder. This is how I receive all the vibrations and influences which I transmit to my body. This is how I can be impressed by a piece of material which hangs in a tree and is moved by the wind.
My choreography is the result of the personally developed, intuitiv picture-worlds and not (as in classical european theatre) from a given rational methodology. The metamorphosis, the magical transformation of themself’, is a key term for my dance. This is the first challenge on myself, with full concentration to give absolute freedom to my fantasy and senses.

Dance
When inside of you a hungry parasite makes itself noticed by its greedy smacking, living from your memories, then feed it with your body as well until constantly growing it has devoured all of you.
Then let it dance.
That is all.

Testimonials and images from Creative Dojo/Seki Method workshops and retreats: 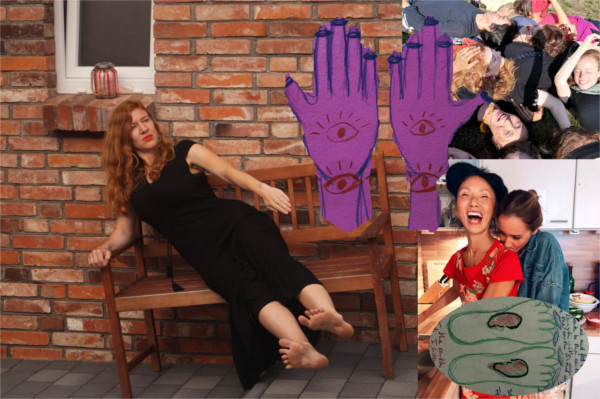 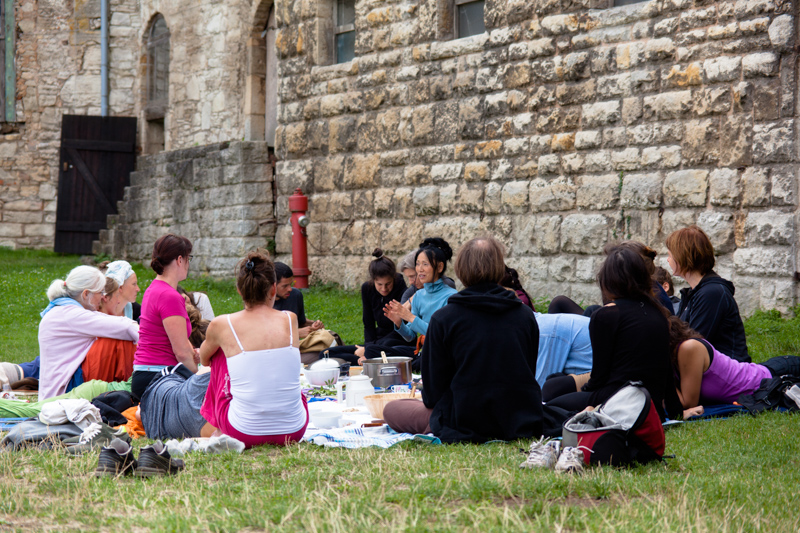 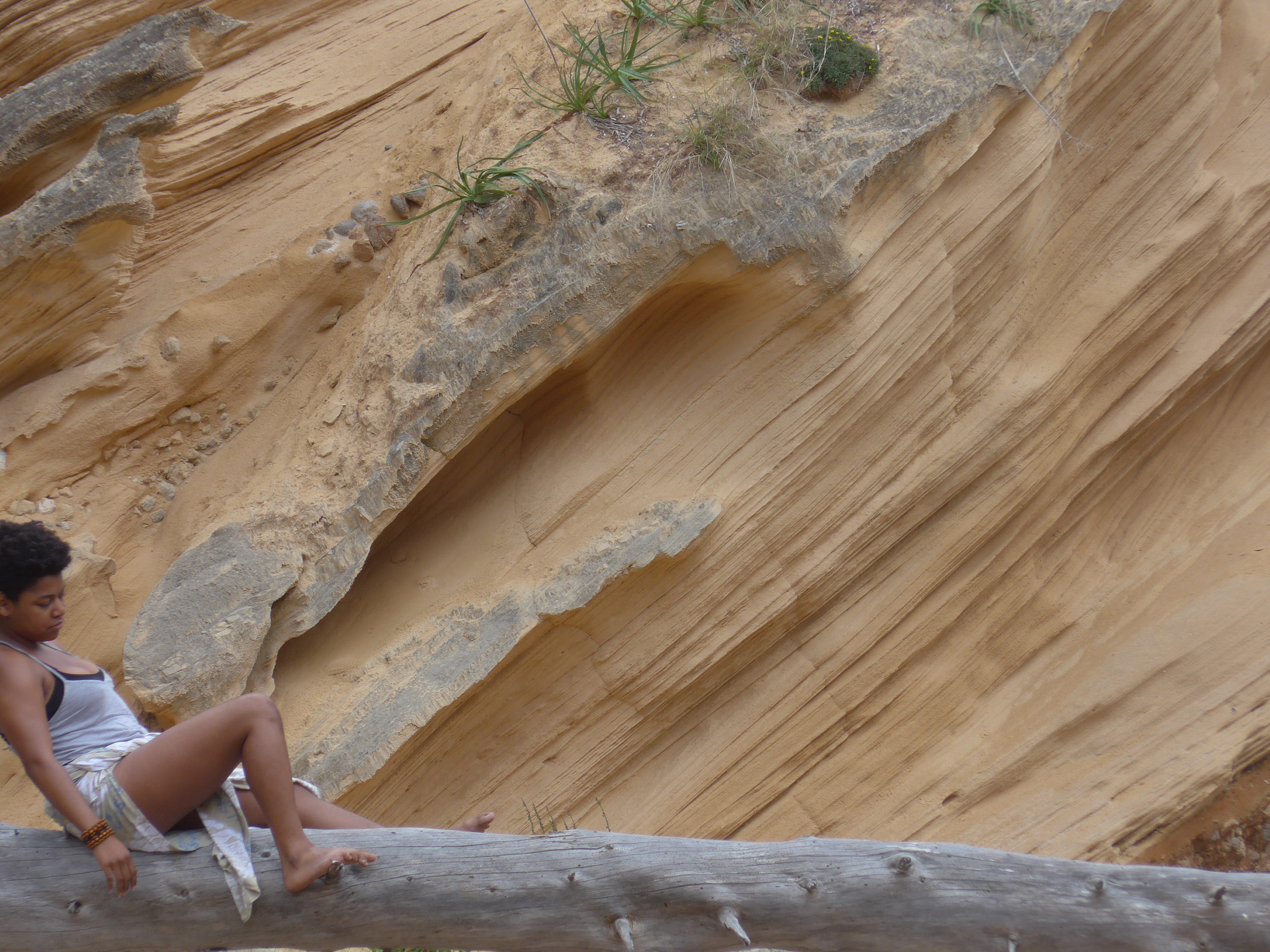 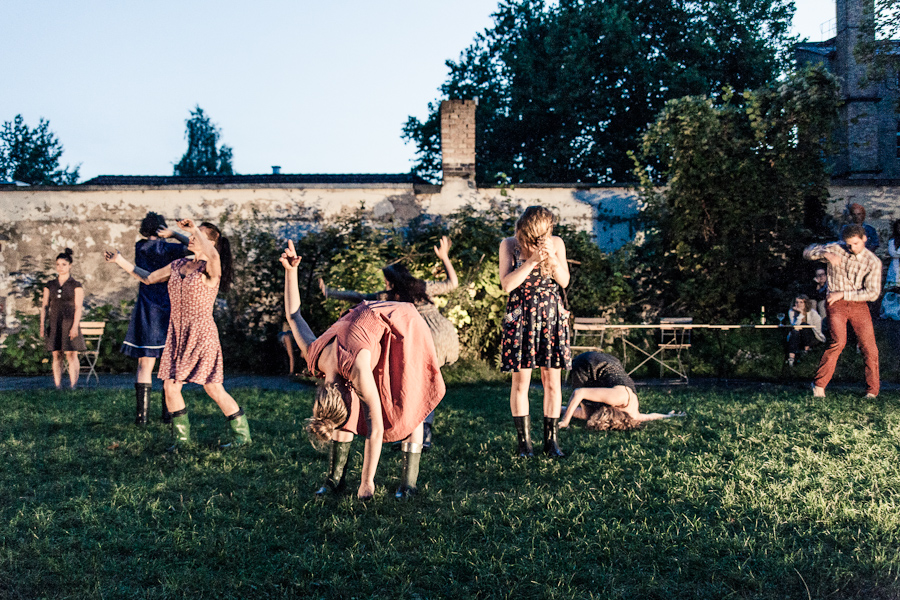 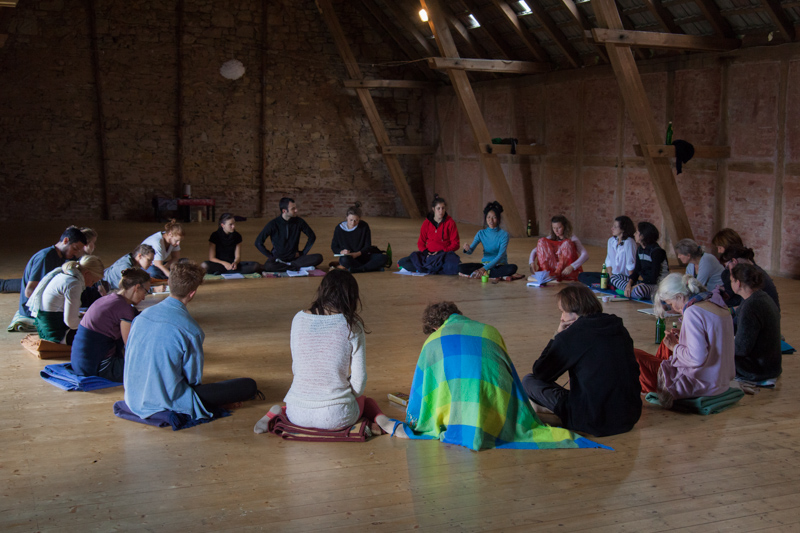 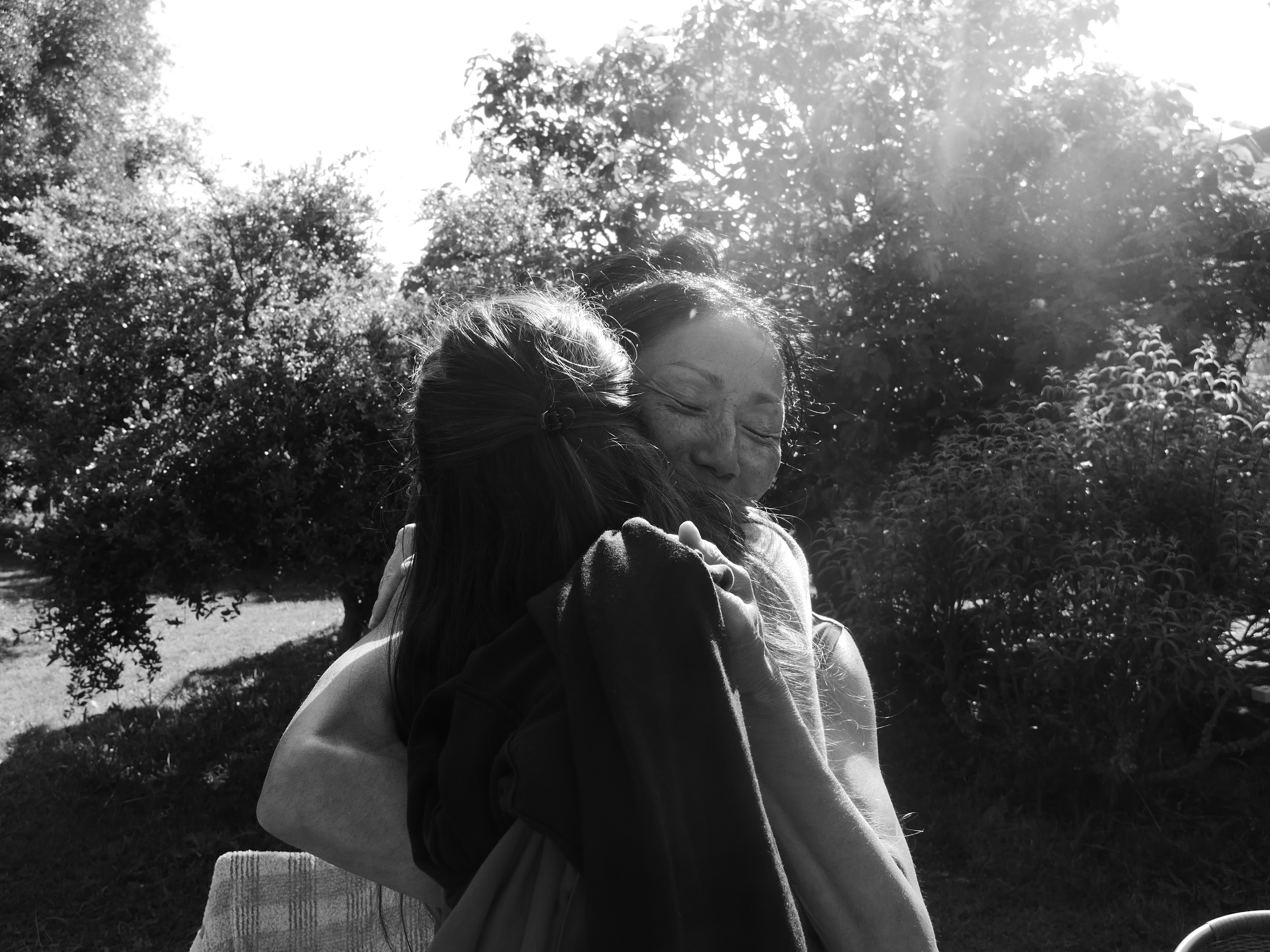 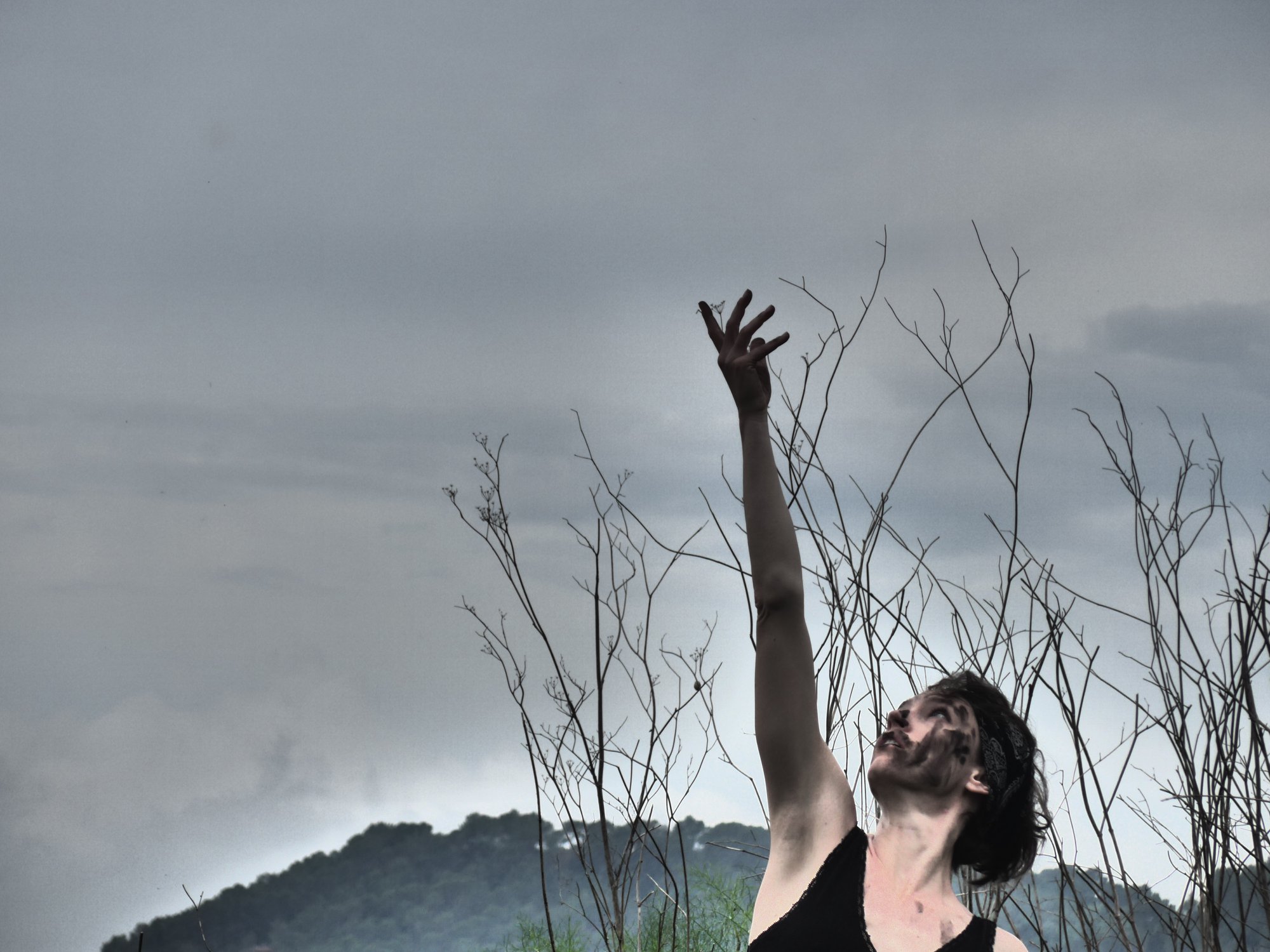 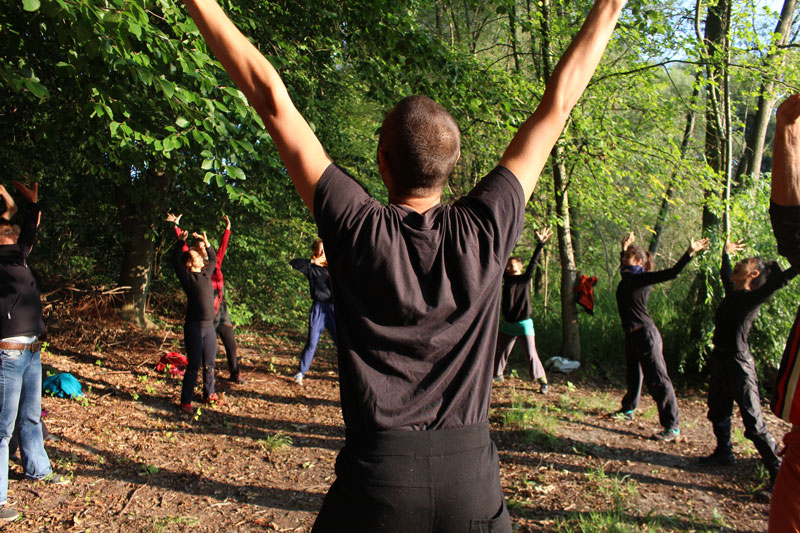 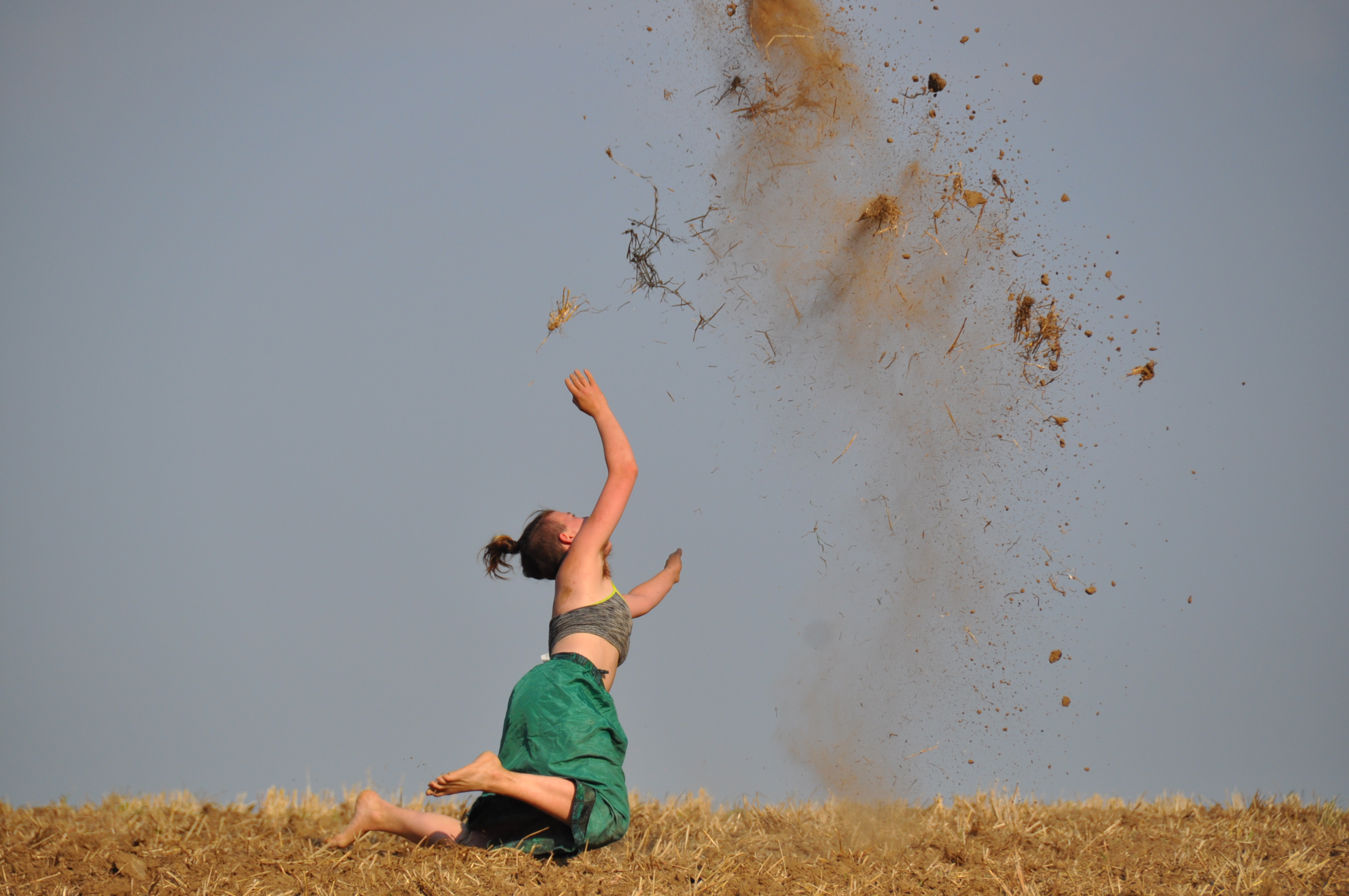 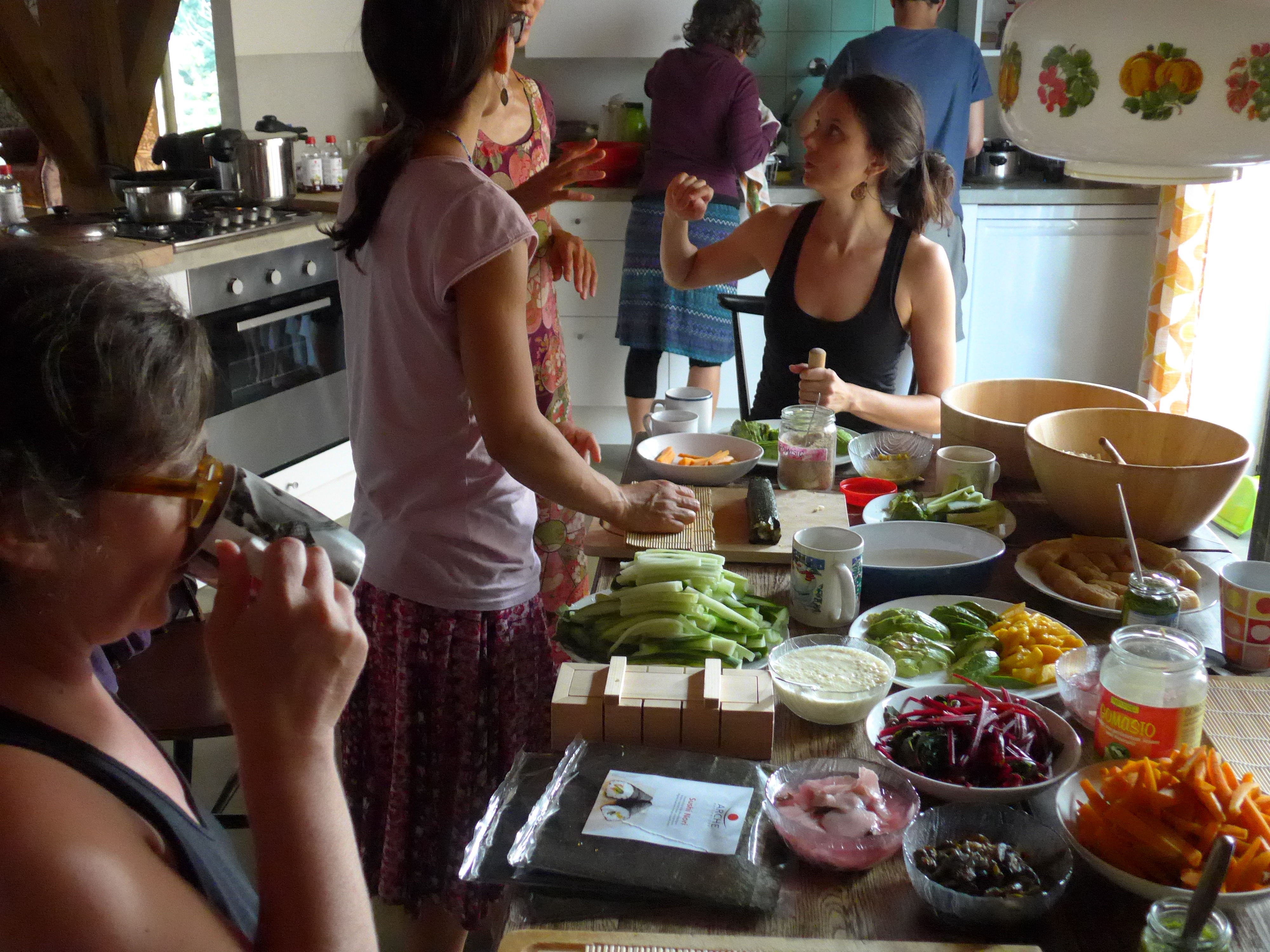 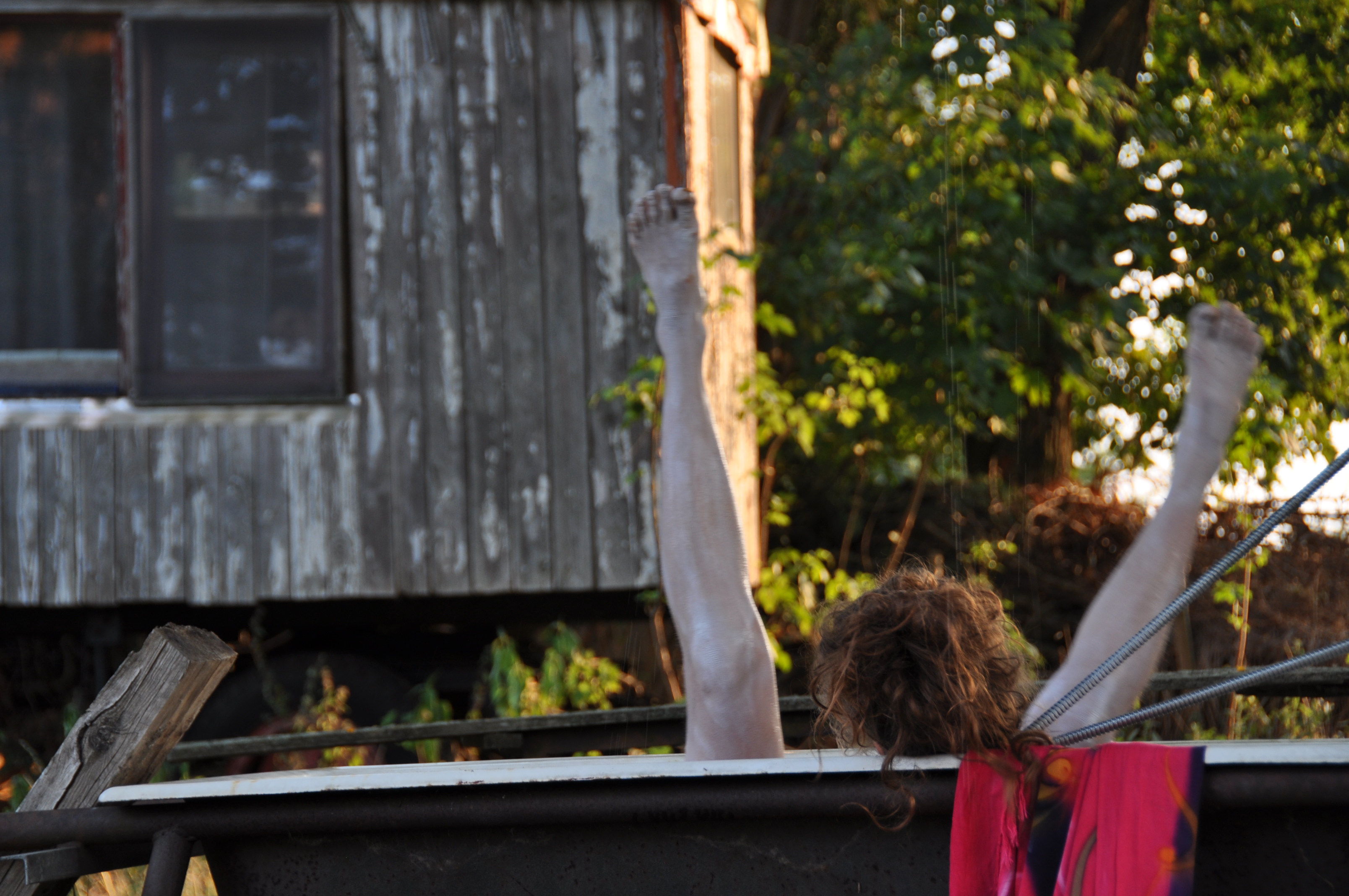 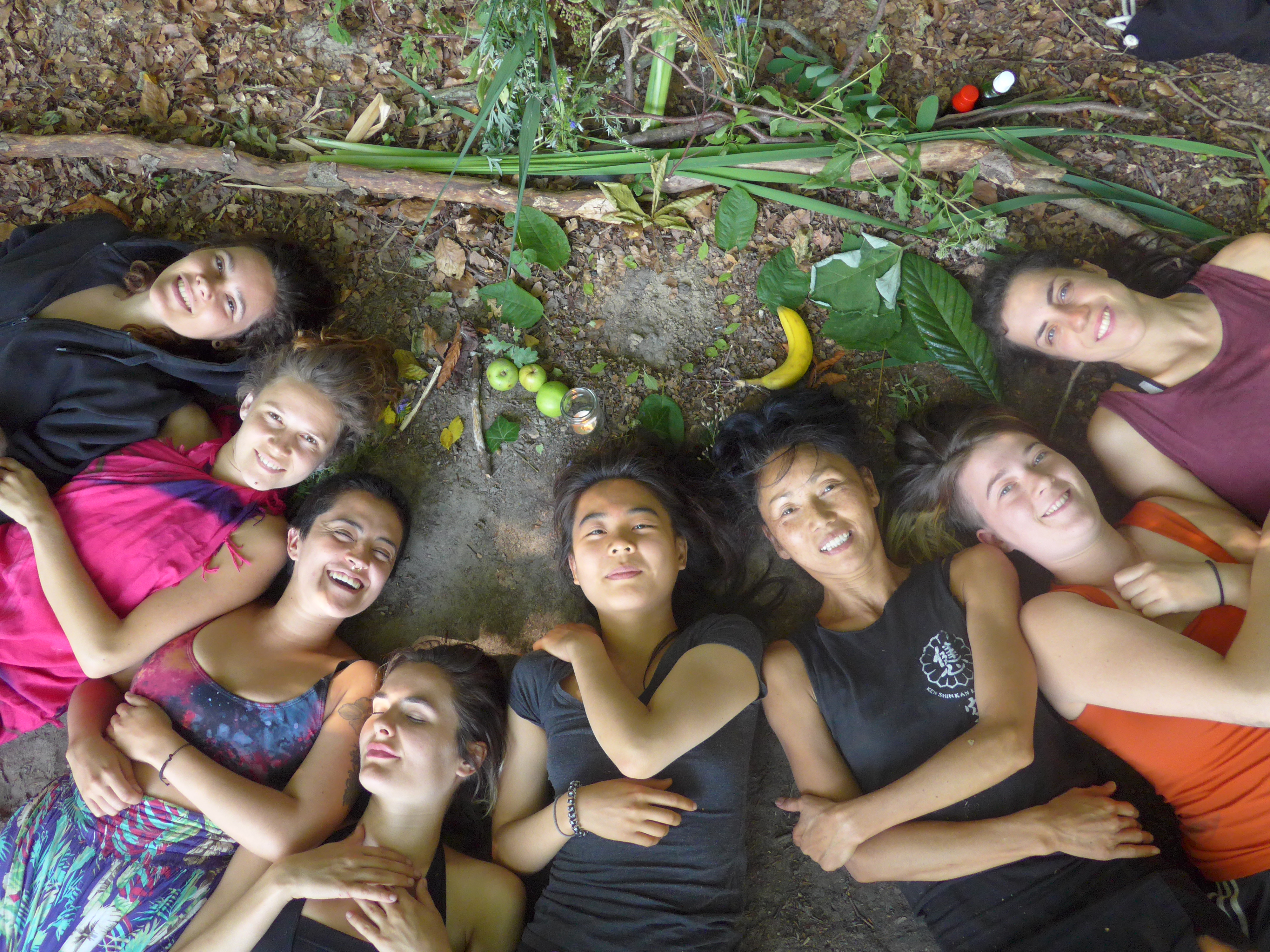 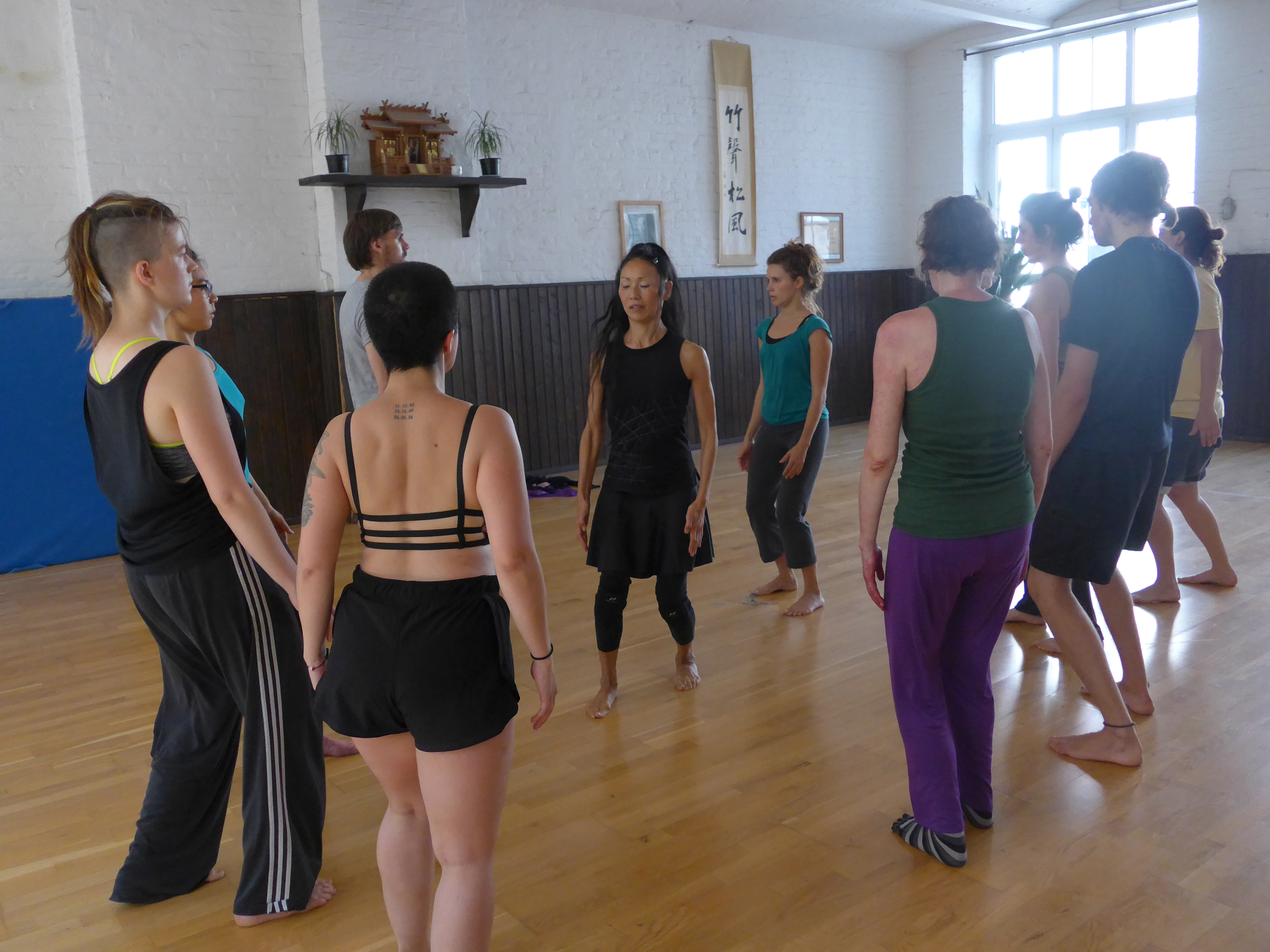 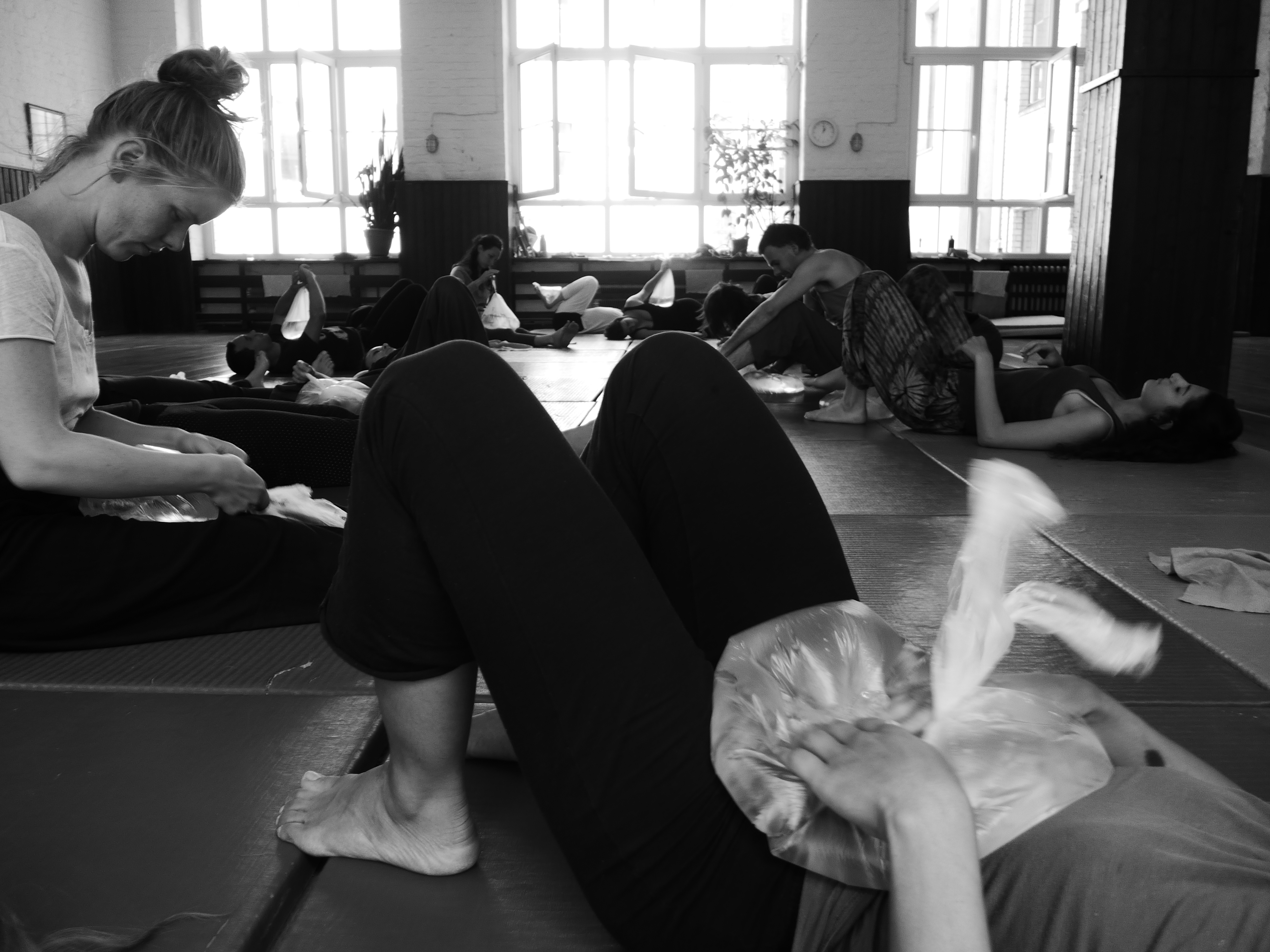 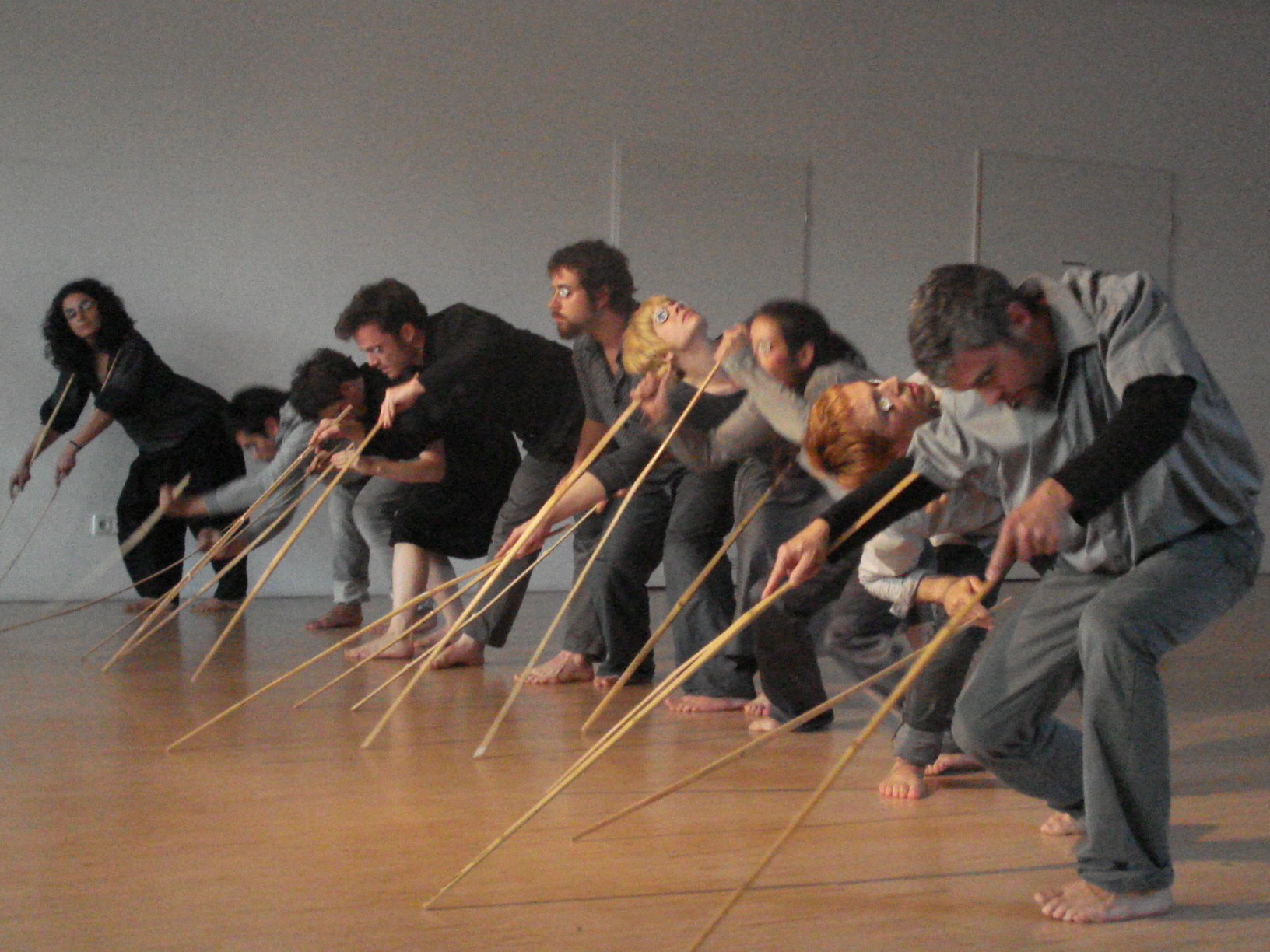 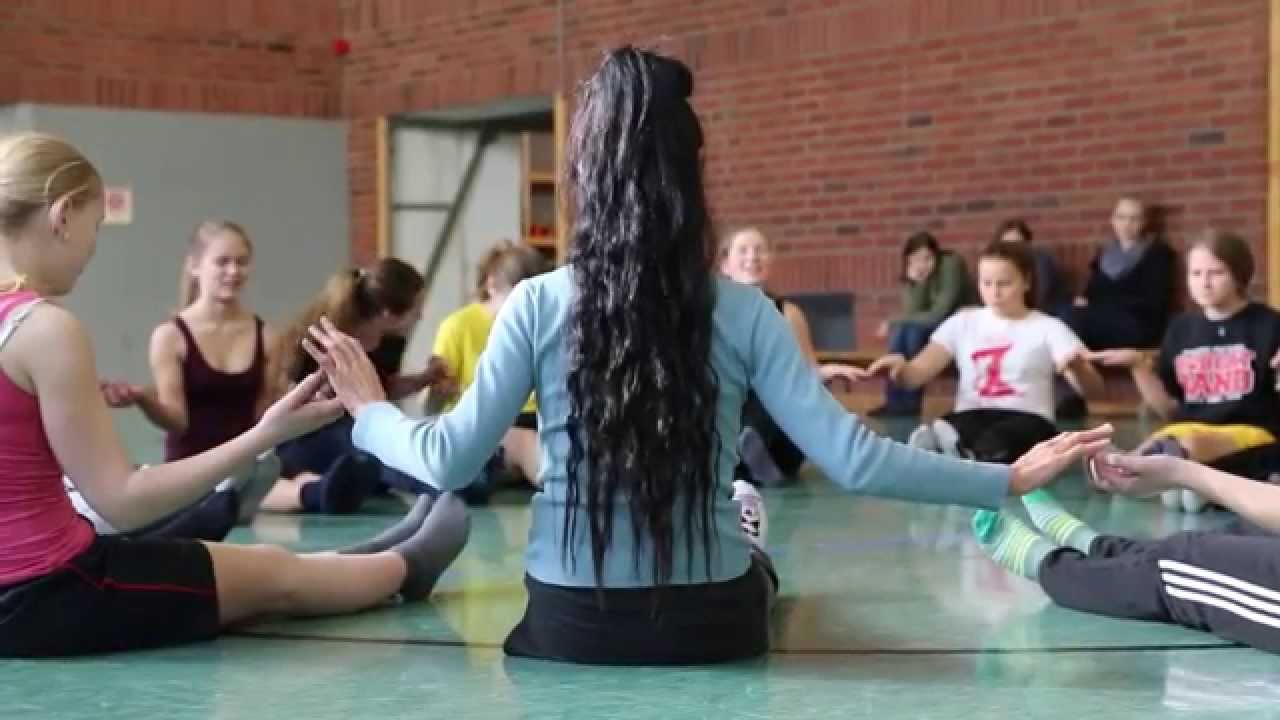 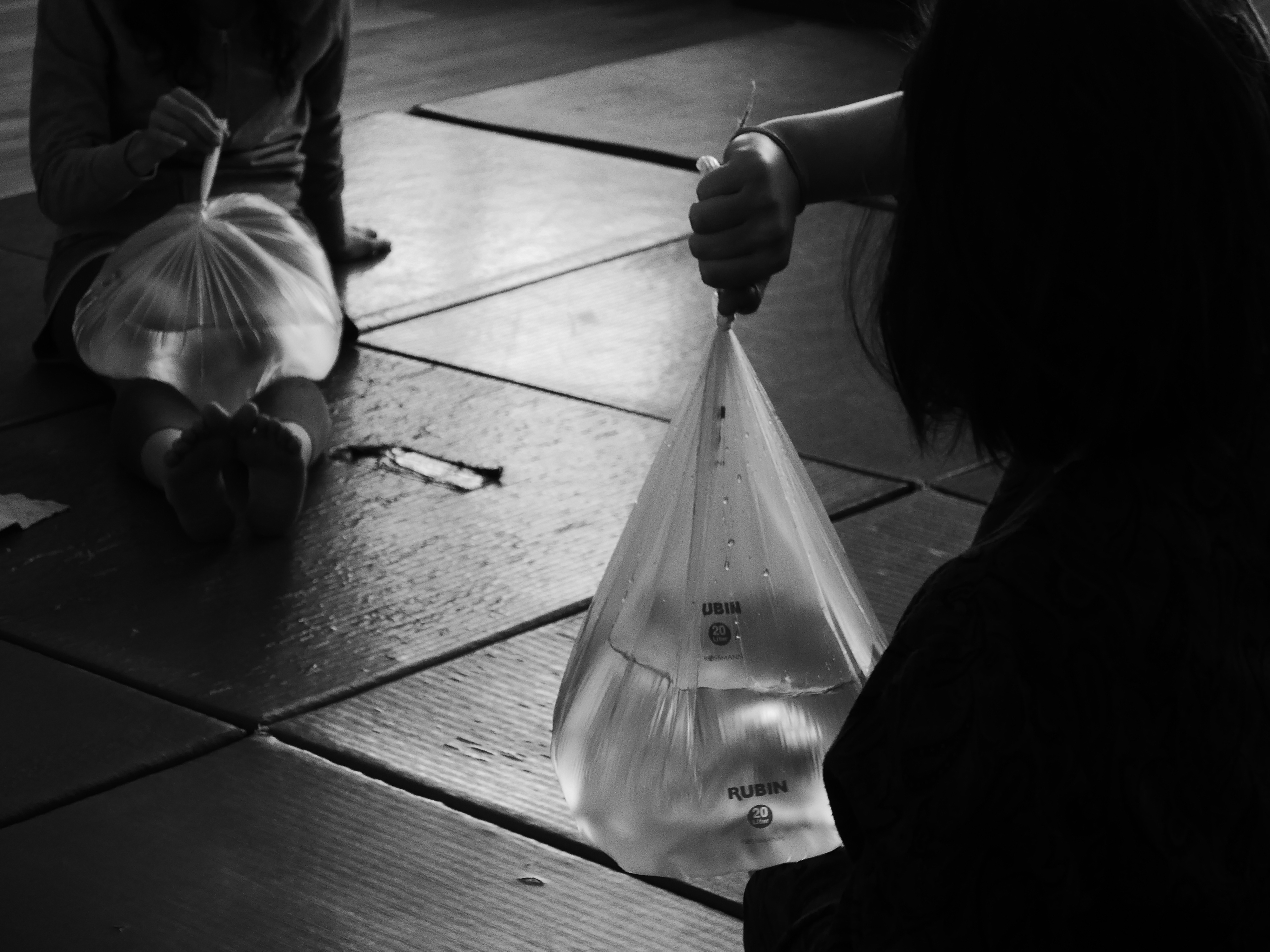 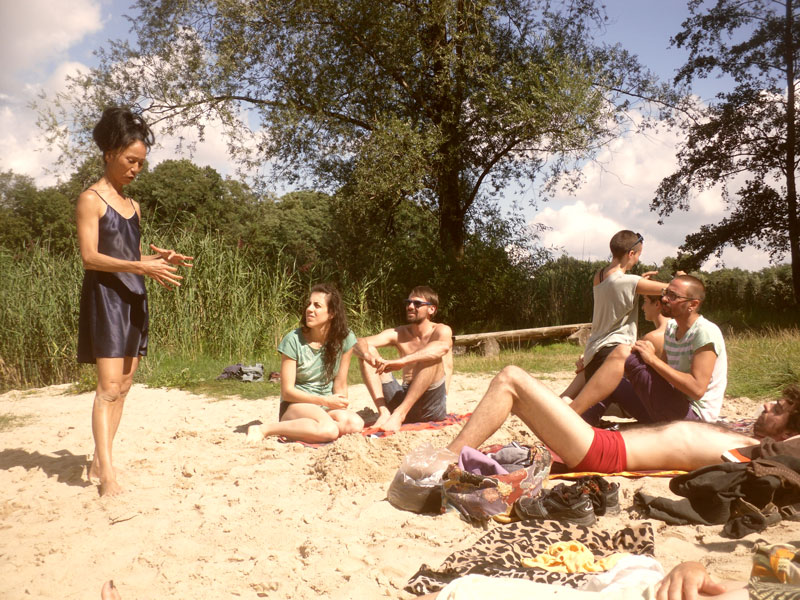 See the calendar on the homepage to join us on the next workshop!